“From May 2011 to May 2013 I worked at BBC Breakfast – at first getting to know the format of the programme and then responsible for either its planning or output. It was one of the BBC’s flagship national news programmes, boasting over seven million viewers every week. It was a demanding 24-hr, 365-days a year operation.

“Now I’m back in Leeds, doing pretty much what I was from January 2008 to May 2011, when I produced BBC Look North twice a week.

“I also line managed nine members of the editorial/operations team.

“I do have an extra remit though, which is helping to produce our sport coverage – something I really enjoy.

“Before that I worked at ITV Yorkshire for seven years, starting as a bulletin producer before progressing to producing Calendar news.

“I would prefer to talk to smaller groups rather than addressing a big audience!” 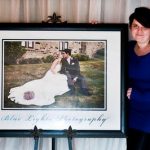 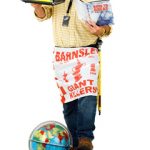