Pollyanna began in 1967 when Rita, then aged 23, realised her days working at the local paper mill were numbered.

“I rang up Ossie Clark from a call box at the end of my Gran’s road and he agreed that I could buy from him when I was set up,” said Rita.

So with £500 savings and a loan from her lorry driver father, she set up the first boutique, in a dank basement with blacked out windows and flock wallpaper! It was an instant success!

Since then, Pollyanna is now in its fifth location, a four floor Georgian Townhouse with state-of-the-art interior on Market Hill in Barnsley – it also includes a fabulous restaurant/cafe, which has a friendly, welcoming atmosphere second to none, not to mention the top notch menu.

It is the oldest of the few remaining independent fashion retailers in Britain having been in business for 40 years and has been hailed as one of the leading shops in the world by London’s Victoria and Albert Museum.

Today, Pollyanna remains at the forefront of designer wear retailing for men and women. 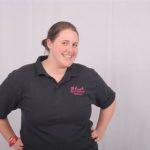