The two Liams are the ‘creative sparks’ behind Arcadia Film.

They are equals in the business and would speak to students together.

Liam S has completed his masters in film, is a published author, and is also a passionate film writer.

Liam G says: “I am a lover of the creative arts, hailing from Barnsley, South Yorkshire.

“I like to have as many creative outlets as I can, but I’m primarily a filmmaker. Scholars say that my love of storytelling stems from early exposure to Huxley Pig, Pingu and Thomas the Tank Engine!

“It wasn’t until I went to study media production that my eyes were opened to the idea of actually making films, and that’s when I fell in love with films and filmmaking.

“Since then I’ve gained a degree in Film & Television Studies and co-founded Arcadia Film.

“Both Liam and I would have found it very valuable  if someone spoke to us about the possibilities of filmmaking, graphic design and animation, so overall that’s what we will talk about; how to get started in those fields, how to maximise creativeness and to network and sell yourself in the industry.” 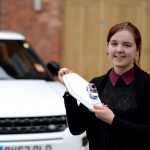 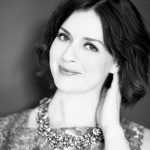