“I was born in 1956 in Darfield near Barnsley where I still live.

“I wanted to be a writer all the way through my schooldays, but I wasn’t sure how to go about it. All the books I got out of the library were written by people who lived in Surrey, not the Yorkshire coalfield!

“So as a teenager I wrote all the time without ever working out how to make a living from it. At the same time I discovered a love of standing up (or sitting down) as I was drummer in Barnsley’s first folk-rock band Oscar The Frog.

“After Oscar the Frog, me and my mate Martyn Wiley formed Jaws, Barnsley’s first folk/poetry duo.

“When I left North Staffordshire Polytechnic in 1978 with a degree in Modern Studies I knew that I wanted to be a writer and performer, but I still wasn’t quite sure how. I worked on a building site and in a tennis ball factory. I went freelance in 1981 with the aid of a little grant from Yorkshire Arts and I’ve not looked back since.

“I worked for years with The Circus of Poets, a performance poetry group, and Versewagon, the world’s first mobile writing workshop. Later, I worked with Martyn as Yakety Yak, entertaining audiences all over the place.

“I’ve been poet in residence at Barnsley Football Club (my team!) Northern Spirit Trains and Humberside Police. I’ve written comedy for radio and plays for the stage, and I’ve worked extensively for Radios 1,2,3,4 and Five Live as well as for Yorkshire Television and BBC2’s Newsnight Review.

“I’m currently presenting The Verb, Radio 3’s Cabaret of The Word, doing gigs all over the place. It’s a busy life but I love it.” 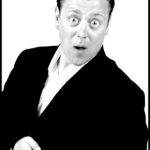 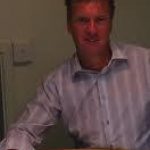