“Let me start by saying I was very impressed at Horizon’s hospitality at the BBIS launch.

“I think it is a fantastic idea to use existing business resources to help local students.

“I definitely agree that whilst our area (and indeed the country) are very often painted very bleakly, there are many successful local examples to draw from to encourage students to adopt a more positive attitude and approach.

“I am a great believer in ‘if you think you can, or you think that you can’t, YOU ARE RIGHT!

“Like most students today, when I left Charter School in 1980 I had not got a clue what I wanted to do and simply drifted into further education with no real goals in life.

“After starting a building and civil engineering course at Barnsley College I switched to A levels after a few months and later joined the Civil Service as a Clerical Officer, spending three years in the Manpower Services Commission in Sheffield and then nearly two years at the Unemployment Benefit Office in Barnsley.

“It was only when I reached around 20 years of age that I gave any real thought to a long-term career and I was fortunate enough to be accepted into South Yorkshire Police.

“Looking back, how thankful I was that I worked to get the ‘O levels’ I needed to be able to apply to the Police even though, like many students, I perceived no real benefit from working hard at school to get them under my belt for the future.

“During my Police career, after doing my initial two years uniform probation I went on to specialise, mainly in crime detection and worked both in CID and on South Yorkshire’s Divisional Support Group, working on major incidents and provided a first line response to major public order incidents.

“I later went on to become an authorised firearms officer and worked for two years as part of the armed protection unit responsible for the safety of ex-Secretary of State for Northern Ireland, Lord Mason.

“Unfortunately whilst attending an emergency call out to a firearms incident I was involved in a major car accident when I very nearly lost my life through severe head and facial injuries.

“I did return to work after this accident but it was later found out that I had also crushed a vertebra in the accident and I was medically retired from the Police Service at an age of 31.

“I then went on to form my own business, Cascade Water Systems Ltd, who specialise in domestic and commercial water treatment and the provision of mains-fed water coolers, water fountains and boilers throughout the UK and Ireland and I currently employ around 20 local staff.

“Very recently, on the back of our success locally with Kenco 2Go, I formed a new Franchise company called Coffee Concept Franchising Ltd, with the intention of expanding the opportunity we have identified throughout the UK via a network of independently franchised businesses.

“I would very much welcome the opportunity to try and help and motivate students to see the future from a much more positive prospective – and show them that there are opportunities out there around them if they are only prepared to pay the price, work hard and remain positive.

“I truly believe that their futures are as bright as they want to imagine them to be.

“I think also I can maybe speak positively from my experience of having had my ‘bubble burst’ with my injuries and Police career and that starting afresh, whilst daunting, is possible and is maybe where some students may be at the present with feelings of hopelessness.

“As far as audiences and numbers I would be happy to work with I have no preference. Whatever will help I will do my best to deliver.” 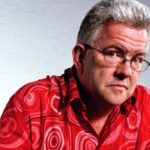 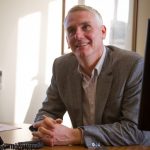